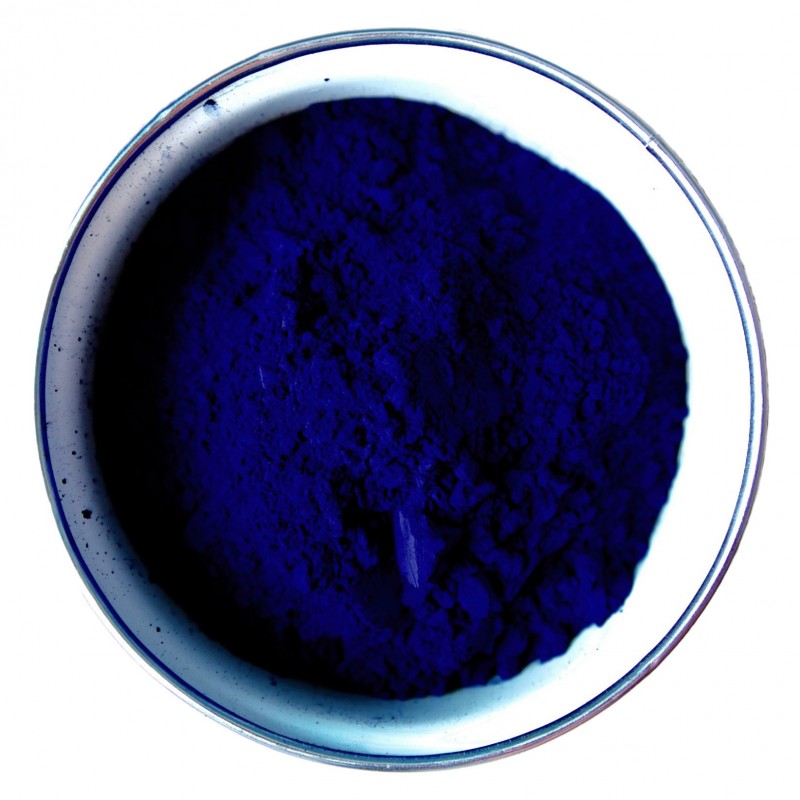 Prussian blue (Parisian blue, Berlin blue) is an artificially produced, ferrous color pigment that appears with a very dark, slightly cool, deep blue color. The pigment was manufactured in 1704 in Berlin by the German Apoteker Diesbach. His assistant, the Frenchman Milori, took the new color home to Paris. Therefore, the pigment is known by several names; Prussian blue, Paris blue, Milori blue or Berliner blue. Prussian blue quickly became popular and frequently used especially as a mixed color, among other things for the deep green Port Green, which is mixed with gold dolls.

Prussian blue is very fine-grained and airy and can be a bit tricky to deal with.

For example, it is difficult to stir in water, but is suitable for shredding in oil.

Prussian blue is light, water, oily, but not calcareous and can not be used in alkaline solutions.

Used in pure form, the lightfastness is good, but the pigment can be bleached in dilutions.

Cannot be used with basic binders (lime, water glass, casein glue), where the pigment will react and turn rust brown.

The pigment is termed as non-toxic, but as the pigment is very fine-grained and caraway-strong, it is recommended to use a dust mask and gloves.