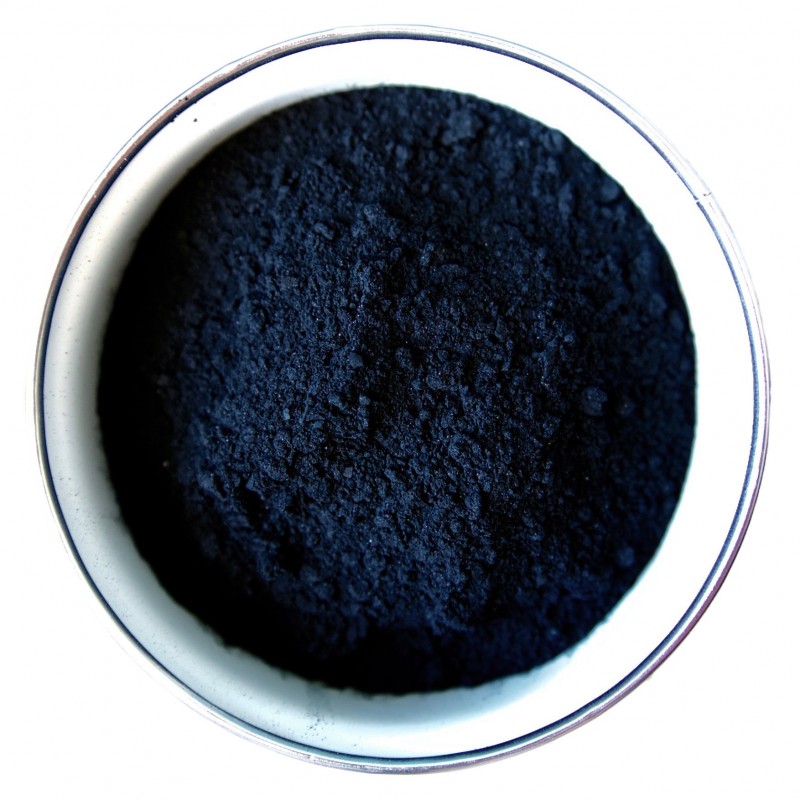 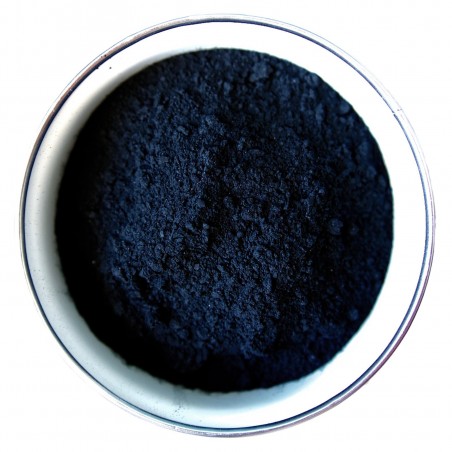 Carbon black (lamp black, gas black, soot black) is an artificially produced, organic pigment with a slightly cool black color. The pigment has been used since ancient times. The Egyptians and Chinese used it, for example, to make ink. The pigment is also frequently used for printing inks. The extraction of the dye takes place by an incomplete combustion of resp. resin, tar or oils, on which a strong sooty smoke is developed, which is led into collection chambers, where it settles and is then collected.

Can be mixed with all binders, but is difficult to stir in aqueous binders, while in oil it is quite easy to stir. The pigment can be used in all painting techniques.

Carbon black can be used both indoors and outdoors.

The pigment is described in the literature as non-toxic. However, it is always advisable to use a dust mask when working with pigments.