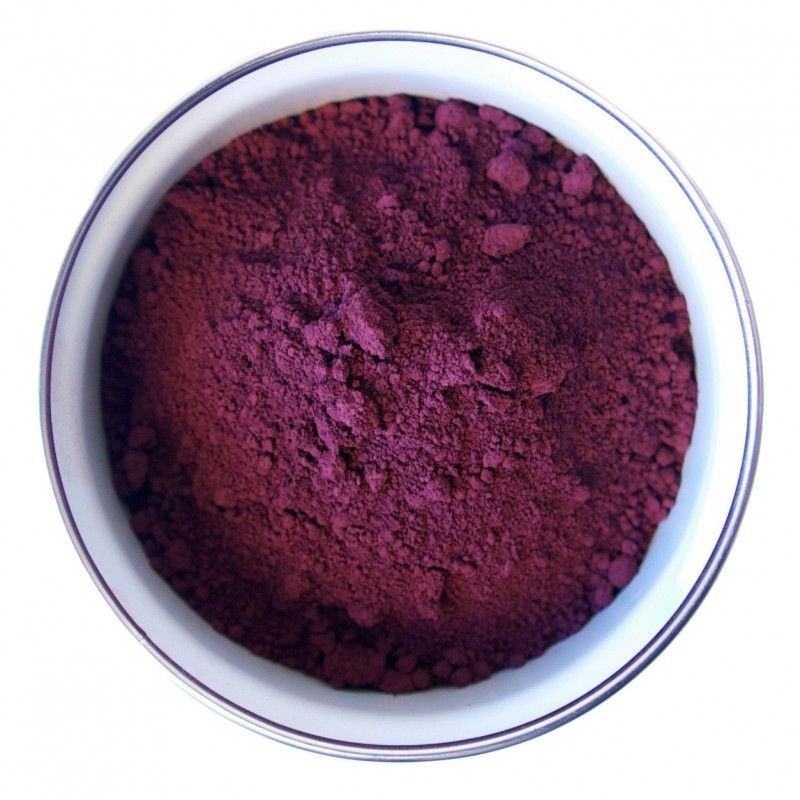 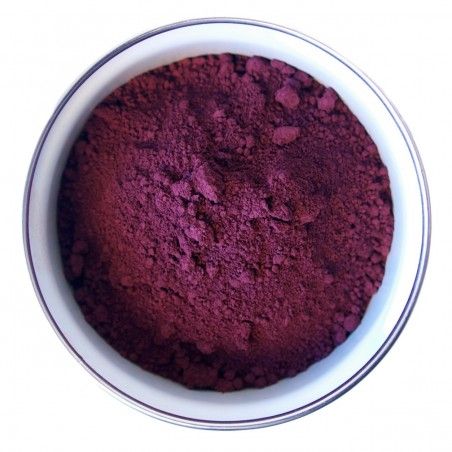 The pigment is produced by annealing red iron oxides at temperatures between 900-1000 degrees. Dodenkop has a deep, dark, slightly brownish, red-violet tone. The pigment has been used since ancient times and has a brown-violet tone.

Dodenkop means in Danish skull and is also known by a Latin name Caput Mortem. The stories about the origin of the name are many and colorful. The explanations range from stories of monks digging up the bones of the dead brothers, burning them at very high temperatures, after which they were crushed and painted, - to a symbol used in alchemy, namely the skull, as the term for the worthless material, the residue, which was left over after distillation. Rust is the residual product of an oxidation of iron. An iron oxide can to some extent be understood as such. The symbol of this material was in the alchemy a skull. Dodenkop is heavy and tends to settle in, for example, linseed oil paint.

The pigment is light, water, - oil, - and calcareous.

The pigment is described as non-toxic. However, it is always advisable to use a dust mask when working with pigments.