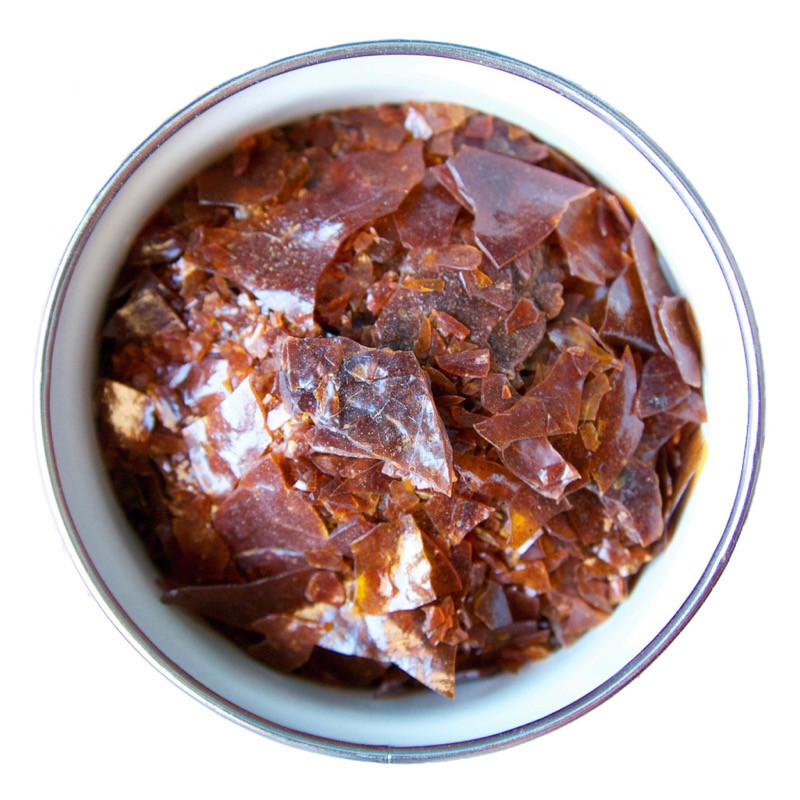 The varnish aphid is found primarily in India, where it lives on various tree species and feeds on the sap from branches and leaves. It secretes a viscous substance on the branches, which dries to a solid mass. This solid mass, called the stock varnish, is broken off and collected. From the stock varnish, the "kernel varnish" is produced by crushing and filtering, from which the shellac is extracted.

The corn varnish is washed repeatedly with warm water, whereby a red dye called Lac Dye is extracted. After washing out, the mass is cast in a thin layer on hot metal plates. The cooled and hardened shellac membranes are laid on top of each other and crushed into flakes.